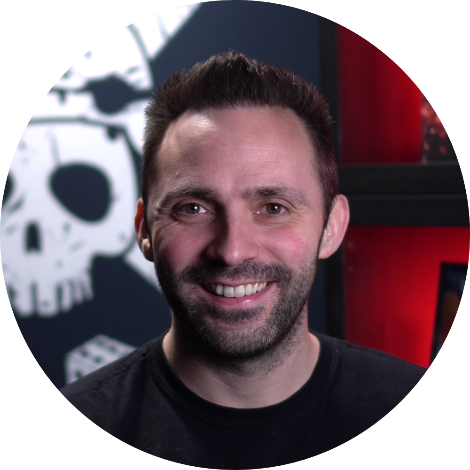 Hi all, Chef here with a brief update on The Kitchen moving forward, as I feel it’s only right to address some things that have been discussed within the Tabletop Tactics Team. First off my apologies that these articles have been a bit lax in the past few weeks, this has mainly been due to the FAQ dropping right before I was jetting off on holiday (It was great, I got fat, and I regret nothing). Obviously the FAQ went into some details, and not all of them were touched upon in written format, mainly because there was so much to discuss, but I’ve since been playing catch up on that and some other things. This has made me have a bit of a think of what to do with the articles moving forward, and after some discussion with the Spider, we’ve come up with a couple of changes, and felt it right to let you all know whats happening.

As many of you are aware, we’ve been dropping the occasional tidbit of info on the upcoming Studio move, which is of course underway – more news on that to follow in the coming weeks. For my part in this move, the whole intent of these articles were to give a way to contribute to the Channel whilst I’m not currently a full-time member of the team. However in the meantime I do still work a full-time job elsewhere, on top of personal and family commitments, as well as being in the process of buying a house in order to become full time at Tabletop Tactics, and so these are being done in what free time I have. So, coupled with the Studio changes imminent, there will be some slight changes to The Kitchen.

The Monday segment of news and hobby updates will be scrapped moving forward, and the reasons are twofold. Firstly, our desire is to give you the best quality content for the hobby, and the initial article was just not doing that. It didn’t give you anything new, or information you didn’t know, and an opinion piece every week on every single release will be difficult to maintain in written format. Furthermore, I was quite unhappy with it in hindsight, as it wasn’t really something I could ensure was meeting what you Bosses deserve in a short turnaround time from the Sunday. It also was not really meeting my own standards in my writing, and you all deserve better than something that honestly felt a bit vapid and click-baity.

Secondly, we’ve had a lot of requests for a Podcast or something similar, and after some internal discussions within the team, we feel that Monday (*Editor’s Note: Although this might be changed to a Friday – Spider) will be the best time to do this. It will be post weekend, so we can discuss the latest releases and hobby news, big tourney results, updates from events we ourselves have attended, as well as the occasional TT Update on upcoming shows, planned changes or potential events. With it being a roundtable, informal chat with multiple members of the crew, we can really get into the detail of it, and provide much more opinion and reflection on all the happenings in the hobby. A written article at the same time will thus be more work for less relevant content making the two would just be treading on each other’s toes. And to clarify, the Podcast will be coming once the new Studio is up and running, so hold your horses and don’t get too excited yet!

All told, what this means is that moving forward, there will the main article released weekly, still ranging on a bunch of different subjects, with the occasional extra release to drop from time to time. As these are really what we envisioned The Kitchen to be focused on, it makes sense to do them to the absolute best of ability, rather than a half-hearted effort elsewhere. This will also enable me to manage my time more effectively as I get all my background stuff settled in preparation for the Studio move. Just to note as well, The Kitchen may very well change again once we’re set up at the new Studio, but only to deliver you all even more content!

So that’s just a quick ramble from me to let you guys know of the slight change going forward, and not to fear the articles will resume properly in the coming days. In fact, my next big one drops on Wednesday!

If you have a list with some unique tactics, a Tactica or hobby article that you feel would make an interesting read, or maybe you just want to give Chef a topic to rant about? Send it in to thepastrychef@tabletoptactics.tv and you might see your topic discussed in a future article!

So that’s just a quick ramble from me to let you guys know of the slight change going forward, and not to fear the articles will resume properly in the coming days. In fact, my next big one drops on Wednesday! end quote.
uhm.. so.. guess that did not happen ? 😀 only been close to a year now 😀 haha 😀

i really like primaris inceptors is there a particular faction or list you guys think would make them operate at a semi competietive level?

I like the idea of a podcast, can’t wait to listen it while painting or glueing stuff! Good luck with your home Chef! 😉

Hey Mate I really do think a podcast is the way forward once the new studio is up and running, I much prefer listening to a podcast for an hr or 3 while I’m working or driving than reading an article for 10min which would take far longer to write or edit! Glad your joining the team full time, hope the house hunting goes well!!

Thanks for the update chef! Looking forward to more of the content. I like the ideas getting thrown around. Absolutely enjoy listening to your and spoders rants 🙂

You are the boss of bosses without whom cast of players would not be what it is.

I would love to see a breakdown about why Preceptors with an Armiger posse is good and why it isnt that great? Considering adding some bigger knight to my Admech list and i feel granting the Armigers rerolls to 1s is a viable Strategy

Hi Chef – please have a good rant about (FW) and its place within 40k armies – ‘the good, the bad and the f’ugly’. I put it in parentheses in case Forgeworld (doh said it) is a naughty word I don’t know if its just me, but I don’t see much of it in competitive lists or in the studio lists. Ive seen Mr Beard use Sicaran’s and Leviathans, but not much else. It would be good to hear what the team think to Forgeworld stuff – good, bad or just tooooo expensive 🙂 and if there are any ‘always… Read more »

Love it. I’ve been wanting a TT podcast since even before I was a subscriber. Looking forward to seeing more great stuff from you and the team. Keep up the awesome work!!

I really love this idea. There are a lot of Warhammer podcasts out there, but truth be told – very few quality ones. I am also in need of something to listen to while painting, or commuting, so I fully endorse this!

Sounds good dude, looking forward to it and especially excited for the podcast. That’s something I’ve been wanting foreverrrrr

As they say, family comes first! Looking forward to more whatever the content is!

The podcast sound very tasty! i’m very curious about this new studio! will it be bigger? strange? not with the white wall? who knows!

wow, this sound like a great compromise, while reading though your thoughts are very interesting, listening to you is alway so entertaining 🙂 ‘Good news everybody’ we have a lot to look forward to 🙂

pod cast would be amazing .

YES! I would love a podcast with you Chef. I love when you’re on a Battle Report and you’re ranting about the current meta. I dont read all the articles, but having a podcast in the background while I’m playing games or painting. Can’t wait to see what’s coming.

The podcast is awesome news! Love it! Are you going to put the podcast exclusively here for on demand or will you guys be spreading your wings and release it on Spotify as well? Could be a good opportunity for you guys to drop it there as well to maybe get some more people coming here.

Either way I am excited to have something to listen to whilst painting or driving!

Hey Chef, would you be interesting in sharing your thoughts on your favourite changes to the hobby in the past year (for example, a top 5 changes to 40k that had the most positive impact on the game)?